“No” means “no,” and “it’s too soon” means “it’s too soon.” I just got off the phone with a person who recently lost her pet, who was guilted into adopting a pet from a pet store that works with rescues. 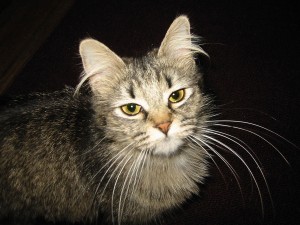 People need time to grieve. If someone says “It’s too soon” that means “It’s too soon.” It doesn’t mean that anyone has the right to guilt that person into adopting by saying things like “Can’t you find room in your heart for these kids?” “You’re such a good mother, “ “If you don’t take them, they’ll have a terrible life.”

This serves no one. It doesn’t serve the humans involved and it certainly doesn’t serve the pets. When people lose a pet they need time to grieve. Giving them a pet as a gift without knowing that they’re ready, or guilting them into taking a pet before they’re ready, many times, means that there will not be the bonding between animal and human as there would be otherwise. It’s simply not fair to the pet or the parent. Either the two won’t bond, or the pets will end up being taken back having been put through another, unnecessary trauma in their life.